History of the Manitoba League of Persons with Disabilities

The Manitoba League of Persons with Disabilities (MLPD) was founded in 1974 in the era of the civil rights movement. Originally known as the Manitoba League of the Physically Handicapped (MLPH), MLPD began as a consumer-controlled organization with the goal of influencing the quality of services for people living with disabilities in Province of Manitoba.

Another pressing issue of the time was the quest to have a voice in the services that people with disabilities utilized. MLPD activists lobbied for an active role in altering the policies of SMD to include consultation with people living with disabilities.

Currently, MLPD is part of a large effort to implement the Accessibility for Manitobans Act (AMA) by offering services to organizations looking to comply, and to increase their access to a growing market.

The MLPD Oral History Project is a collaboration between the MLPD, The University of Winnipeg Oral History Centre, and The Canadian Center on Disability Studies.

The goal of this project is to highlight the efforts and accomplishments of some of our original members who lobbied for the rights and removal of barriers for people with disabilities in Manitoba. It will also preserve our history in a way that can be shared and studied. 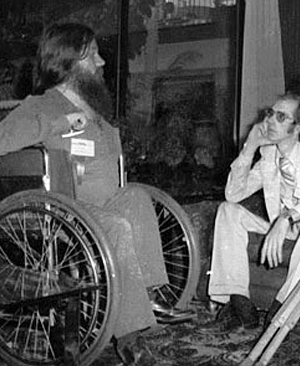 A Call to Action: Jim Derksen

The Case for an Organization of Persons with Disabilities:
Clare Simpson

Clare Simpson is currently an employee of the Council of Canadians with Disabilities. She has been active in the disability rights community since the mid-seventies and involved with the program "In The Company of Friends" for 18 years.

Clare Simpson talks about the need for people with disabilities in Manitoba to have a voice which lead to the formation of the MLPD. 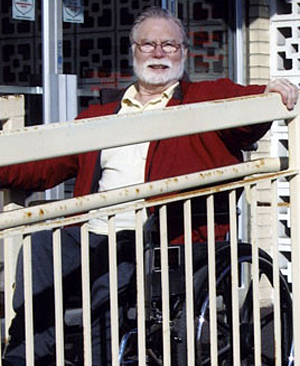 Derek Legge originally became involved with the Manitoba League of Persons with Disabilities in 1975, where he started the first branch of the MLPD in Brandon, MB. After moving back home to Winnipeg in 1977, he began working in the area of employment and disability, eventually becoming an Intake Officer at the Manitoba Human Rights Commission in 1987 until retirement in 2004. He received the CCD Award in 2003 for initiating a number of access-promoting projects over the years.

Derek Legge talks about his reasons for getting involved in starting the first branch of the MLPD in Brandon, MB. 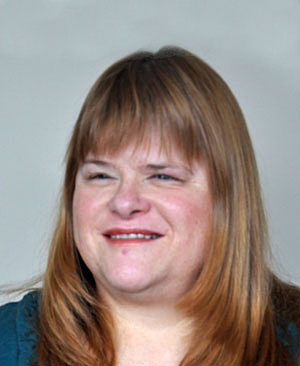 Paula Keirstead is an individual and systemic rights advocate primarily in the areas of disability, women's issues and poverty and has addressed these issues at the local, provincial, national and international levels. Presently she works at Legal Aid Manitoba as a Community Advocate with the Poverty Law Unit.

Paula Keirstead talks about how getting involved in the MLPD made her more comfortable with the fact she had a disability. 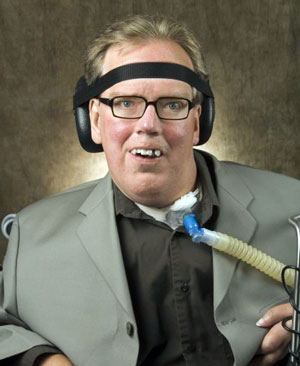 Dave Martin is the Senior Advisor on Disability Issues with the Province of Manitoba. From 1983 to 2000, he was the Provincial Coordinator of the Manitoba League of Persons with Disabilities.

Dave Martin talks about becoming the provincial coordinator of the MLPD. 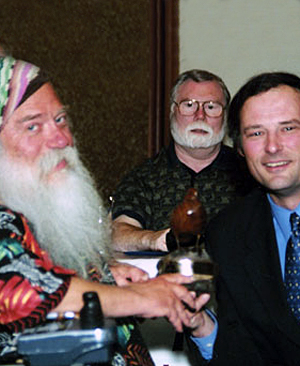 The Struggle for Control: Jim Derksen 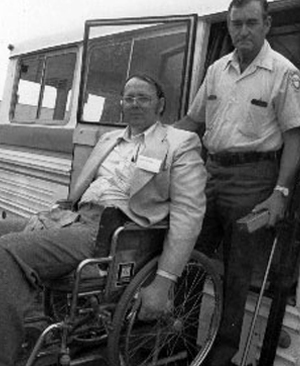 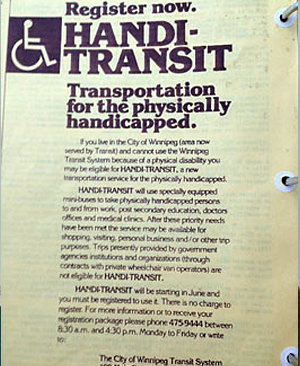 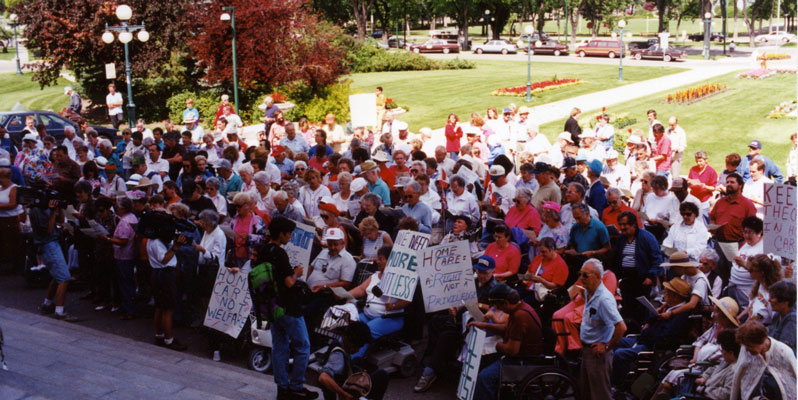 We would like to thank the following individuals and organizations for participating in this important project.

A Very Special Thank You to the Following Contributors:

Skip back to navigation